Well there’s one album that I’ve been excitedly waiting for.. It was a nice surprise when this turned up yesterday!

Sheffield’s Bring Me The Horizon have just released their outstanding fourth album, Sempiternal. Well, for those of us who pre-ordered through their Pledgemusic campaign. The official album release is tomorrow, so I definitely recommend getting in on that if you haven’t already.
The record launches straight into the outpouring of a tortured soul, singer Oli Sykes screaming ‘I can’t drown my dreams, they know how to swim’. Turning his attention on to religion in ‘The House Of Wolves’ and ‘Antivist’, the scream-group shout-heavy drumming formula works perfectly. ‘Empire’ and ‘Crooked Young’ border on anthemic, ‘Sleepwalking’ brings in a nice eerie quality and ‘Go To Hell For Heavens Sake’ wouldn’t feel out of place in the end screen of a Resident Evil film.

Anyone who’s heard ‘Shadow Moses’ can guess why I opted to pre-order the album. Its just brilliant. There’s no way you could question that Sykes feels every word, its half a cry for help, half battle-call.

This is the sound of a band reaching their potential. If music quality really defined the success of a band, this will be the year that they cement themselves as one of the best young British bands around. If not, it’ll be a real shame, because this record deserves to be heard by everyone. 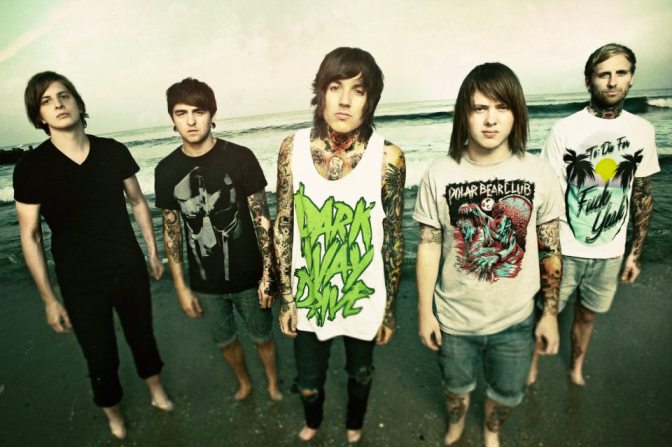 Anyone else looking forward to Bring Me The Horizon’s new album ‘Sempiternal’? (I definitely am) What’s more exciting than the album coming out, is the fact that the band are releasing it direct to fans. You can pre-order the album from the band’s Pledgemusic page here.

Out today as well is the band’s new video for ‘Shadow Moses’, the first single from the album. Its amazing. (and well suited for the current blizzard weather). But seriously, you must watch this now. Right now.